My worst: I was making pancakes for the very first time and when I was through with cooking, I had discovered that the middle parts of the pancakes were uncooked. Lesson: Always make sure you've cooked your food properly before you eat it. 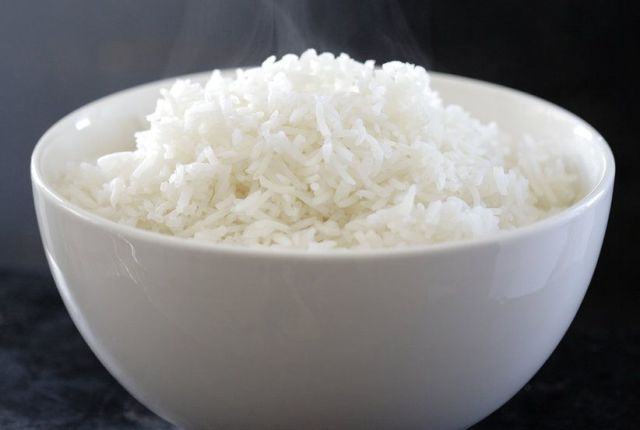 my worst, i was preparing rice for the first time and when i was through with the cooking, i discovered that the rice is watery.

lesson: measure the cup of water  you put in rice when cooking.

One time I tried making fajitas out of stew beef.  Tough as nails.

I've done stupider things - that one was at least edible if you chewed enough.  But that was the most memorable.

not mine , but my mother in law  a Saturday morning  trying to do two task at the same time

.. you see it coming

When I was a kid, I wanted to surprise my parents for their anniversary, so I took a pot roast out of the freezer.  I thought as long as meat is browned on all sides, that meant it was done.

So I put the frozen roast in a frying pan, turned the flame to the highest, browned the roast on all sides, and considered it cooked, not realizing that the inside was a block of ice.

My parents decided it was best to keep me out of the kitchen.

But when I got married, my husband taught me how to cook meat, poultry, fish, pasta, desserts, sauces, and gravies, all from scratch.

What I learned is that it's never too late to learn your way around the kitchen!

How do you think about the answers? You can sign in to vote the answer.

I tried making donuts.  Splashed VERY hot oil on my hand.  Had a blister the size of the base of a tea cup. Lesson:  I still dislike deep frying and rarely do it.and it has been over 50 years.

Made fudge the first time.  Did not have a thermometer.  Ended up with a brick. So hard it would not cut.  I stood on the counter and dropped it and it would not even break.  Lesson: Do not make candy unless you have a candy thermometer. Or you are very good about checking for stages with a bowl of ice water for the various stages.

Tried to make a blooming onion without a jelly thermometer. Plopped the onion in, was greeted with a plume of smoke. Went to take it back out of the oil-using a Plastic ladle.

Had to repaint my whole apartment.

The first time I cooked a pheasant.  I thought it would cook like a broiler chicken and taste like duck.  How wrong I was on both counts!  It was terrible, tough as boot strings and stank to high heaven.  I can cook pheasant well now and game generally.  I learned about the importance of marinade and how to braise tough meats low and slow until tender.

I tried making pancakes out of ground up raw Great Northern beans.  Made me real sick.

Mine was  Making a lovely stock for the gravy at the christmas mealtime, then whilst straining it I absent mindedly  poured it through the sieve, and DOWN THE SINK!!  All that lovely flavour, simmering, wasted!!.

Lesson; make sure you catch the stock in a bowl / pan!

I thought cooking a tin of beans on an open fire without piercing it was a good idea, I thought the flavour would be sealed in. I realised it was wrong when I ended up looking like Simon Weston.