As a country with a large catering culture, China has a large number of Chinese dishes, a wide range of flavors, and sophisticated and complex methods, which are second to none in the world. For a long time, due to the influence of the local environment, climate, products, customs and dietary habits, dishes from all over China have formed various genres with local flavor characteristics. The four major cuisines of Shandong, Jiangsu, Guangdong, and Sichuan formed earlier, and later divided into Zhejiang, Fujian, Hunan, and Anhui local cuisines, which formed the "eight major cuisines" in China.

Yes, it is Sichuan cuisine!

They all say it's in Sichuan. Sichuan cuisine has a variety of flavors, including spicy, sour, tanned, fishy, and strange. Szechuan cuisine is also the largest folk cuisine. Today, Szechuan cuisine restaurants are blooming everywhere and are very popular.

From the perspective of big data, Sichuan cuisine is obviously the hottest among the "eight major cuisines", followed by Cantonese cuisine, followed by Hunan cuisine, Shandong cuisine and Anhui cuisine, while Fujian cuisine, Zhejiang cuisine and Soviet cuisine that belong to the eastern coastal areas are not inferior .

Not only that, among the top 20 dishes, Sichuan cuisine occupies half of the seats, and the Sichuan business card "Sichuan Hot Pot" has a long history among the thousands of dishes (including famous snacks and desserts) selected by the Data Journalism Lab. Lead.

Each cuisine has a range of flavors from snacks to feasts. According to Longteng big data, among the "eight major cuisines", there are not only popular snacks such as stinky tofu, home-cooked dishes such as hot pot meat, but also Buddha jumping walls that can reach the hall of Daya.

As shown in the figure below, are the 3 hottest dishes in each of the "Big Eight Cuisine" dishes the same as the results in your mind? How many have you tried? 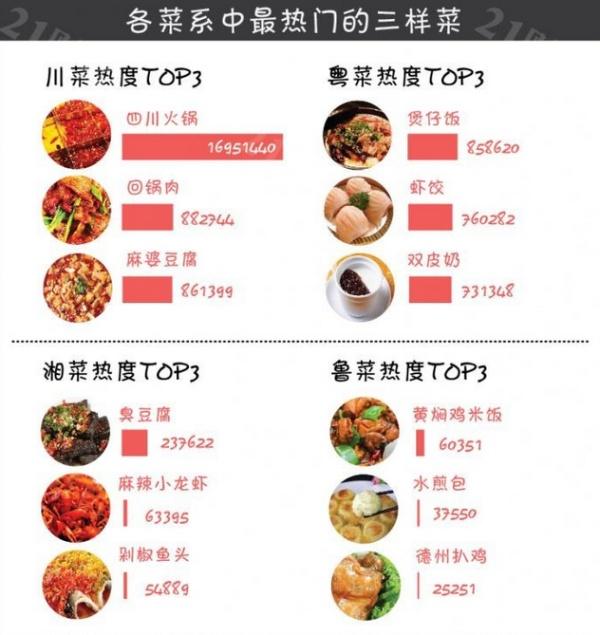 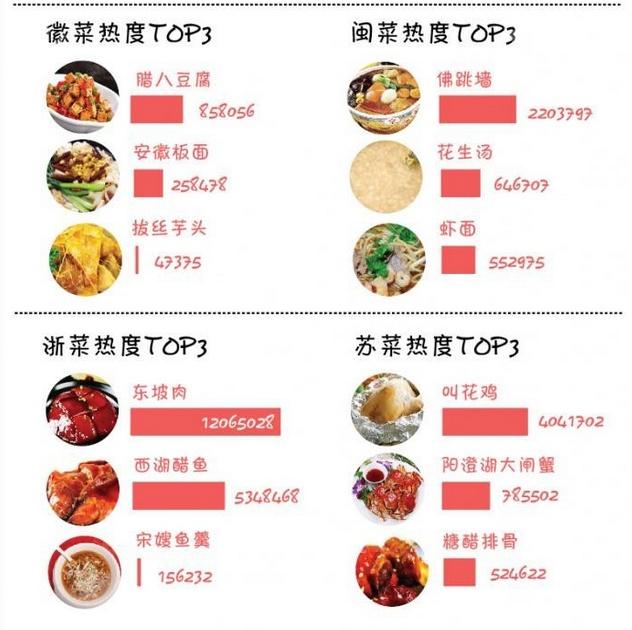 The "eight major cuisines" have their own systems, which represent different customs and cultural characteristics of different places, but in the final analysis are the Chinese people's attention and love for "eating". Diet has become a way of life and a fashion that promotes consumption and drives the development of the country's catering industry.

PreviousNine dishes at the restaurant

NextHidden in the private garden of Shunde Water Village