Guizhou lamb flour: from the Qing Dynasty to the present

As one of Guizhou's most sought-after snacks, mutton powder is made with fresh mutton and smooth rice noodles, added with a thick and thick mutton soup and red and bright pepper oil. The color, aroma and taste are all gathered in a small bowl. According to historical records, mutton flour has been hailed as one of the three famous snacks in Guizhou since the Qing Dynasty. 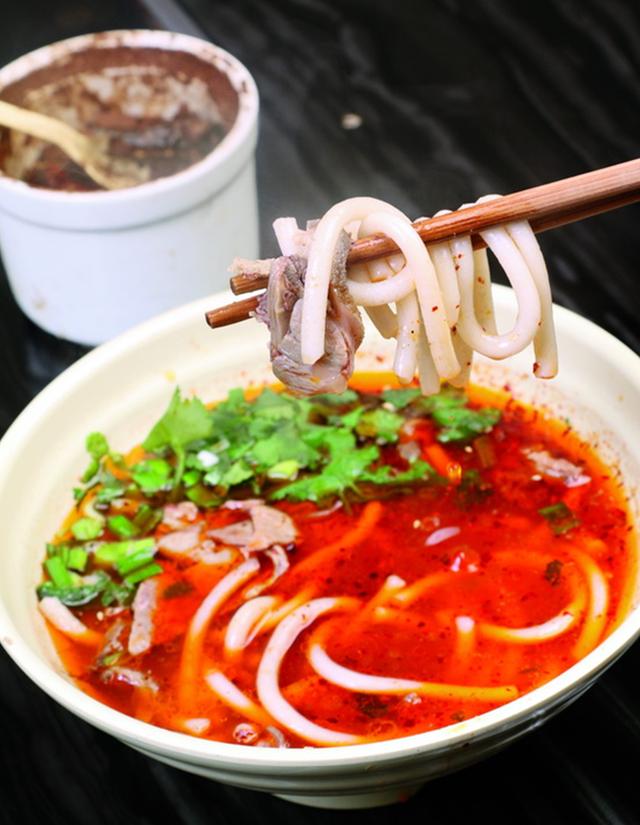 The bones are fattened out of the oil sheep soup

In Guizhou, large and small lamb flour shops will have a huge mouthful of hot pot, which is filled with thick and delicious soup. This is the "soul" of the bowl of lamb flour. To make a good pot of soup is not easy, one of the secrets is to add a lot of lamb bone, lamb's hoof and lamb intestine: each bone must be broken to expose the white tender bone marrow, which Guizhou people call "bone oil"; The lamb's hoof epidermis is rich in collagen, and it must be cut to reveal the tendons; the lamb's intestine has a large amount of lamb's oil attached to it, and the bone marrow and lamb's oil are incorporated into the soup during the cooking process. "Run" taste. 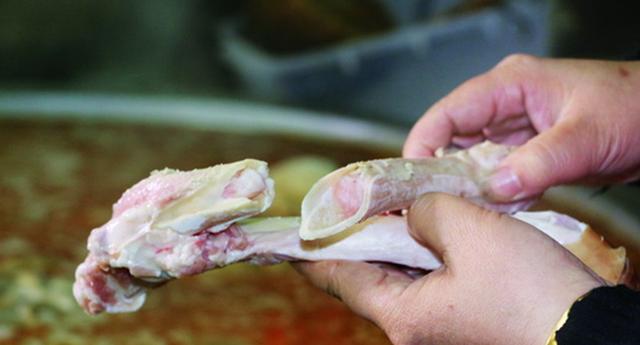 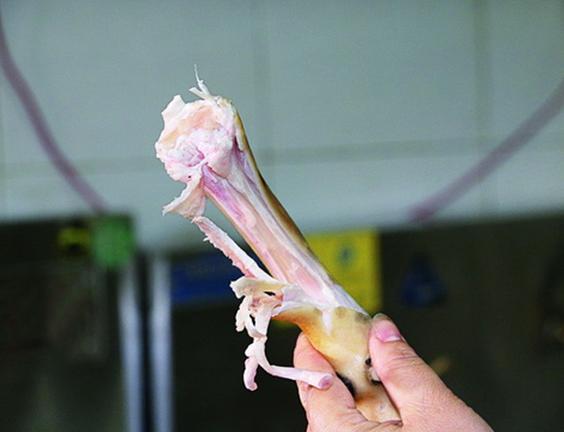 Lamb's hoof is rich in collagen, so be sure to scratch the skin to reveal tendons. 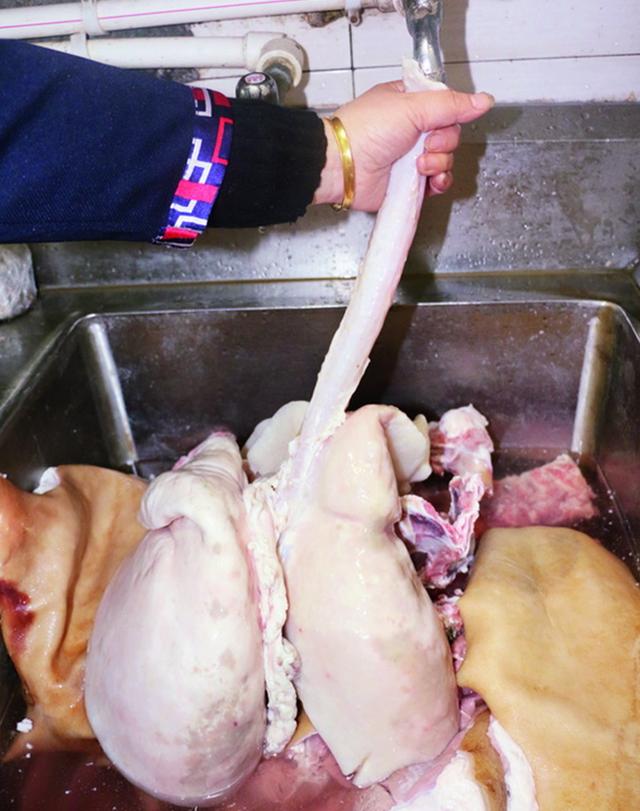 The lamb's lungs are filled with water from the trachea, making it bulge like a basketball, and white as snow after scrubbing.

Heart, lungs, belly and other lamb miscellaneous is an essential delicious in Guizhou lamb powder. How to clean sheep's lungs? Local people have their own tricks: pour a lot of water from the trachea, wait for the lungs of the sheep to swell like a basketball, rub your hands constantly, so that the blood is completely precipitated. Repeat this three times. System, almost no smell. During the heating process, the sheep's lungs continually contracted, and finally turned into a small fist with a big fist. After being changed into a thin sheet, the entrance was soft and smooth, which was delicious on earth.

Compared with the mysterious formula composed of dozens of spices, there are only three kinds of spices for making mutton powder, which is simply "outrageous"! Among them, the oldest old ginger is the most used, and it is the resounding "General of the Army". Why? Many people think that ginger can remove odors. In fact, its biggest role is to improve freshness and to tenderize meat ingredients. This is because it contains a large amount of ginger protease. When cooked with seafood ingredients, it is fresh. The effect is more obvious. (Which three spices do you recognize? Reply in the comment section) 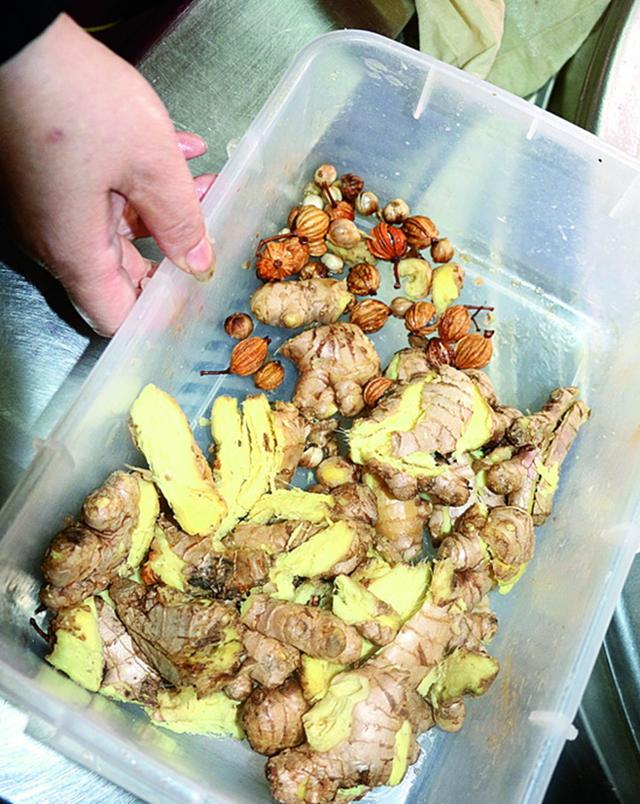 The spices for hanging sheep soup are very simple, there are only three kinds.

Sheep soup becomes thick and white, which is essentially emulsification of fat, and the soup can be washed with high heat at the end of the brewing process. In addition, the right amount of dried peas can be added to greatly enhance the color and consistency of the soup. 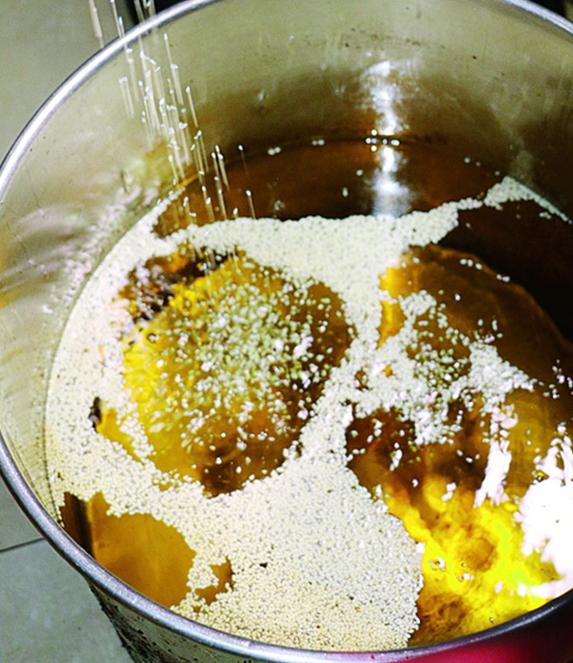 If you sprinkle white sesame seeds on hot oil, you can hear the noise, indicating that the oil temperature is just right. 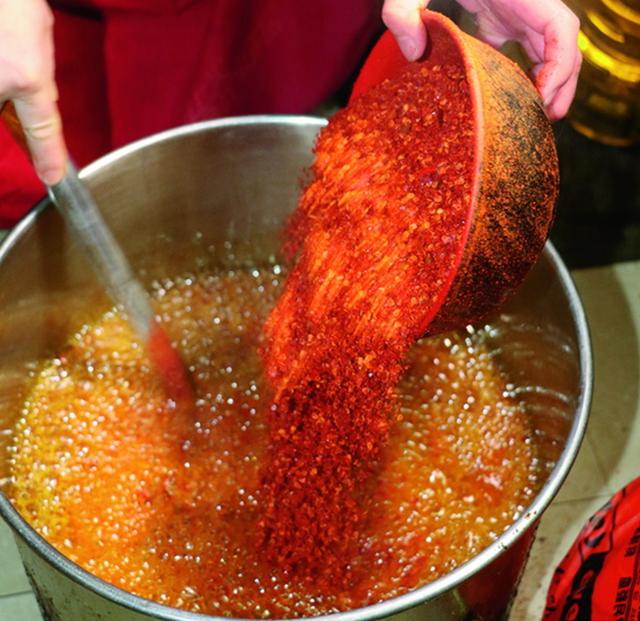 Pour the paprika into the hot oil and stir quickly to stimulate the aroma.

Is the red oil of mutton powder so simple? If you are wrong, you need to add mutton oil and meat residue, pepper, sesame oil, sesame, and other flavors to stimulate and fuse each other, released on the upper layer of the taste buds, extremely thick. 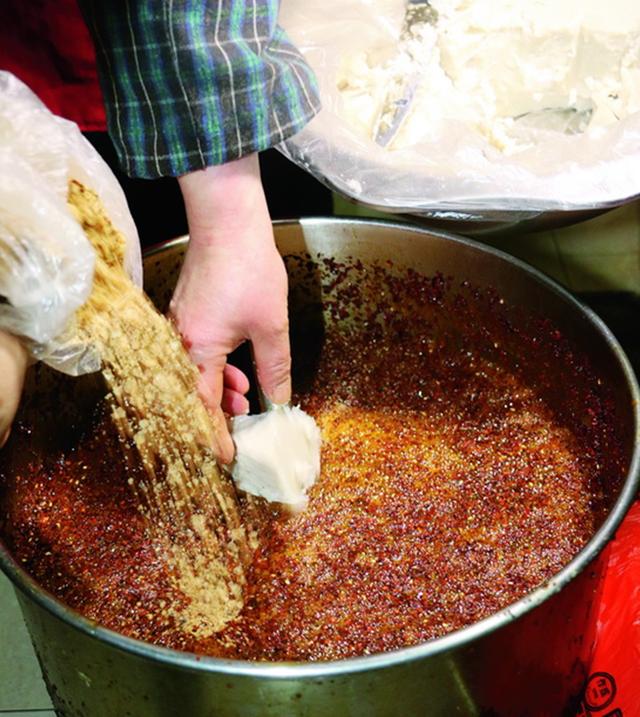 Sheep oil and meat residue are added to the hot oil to increase the compound aroma. 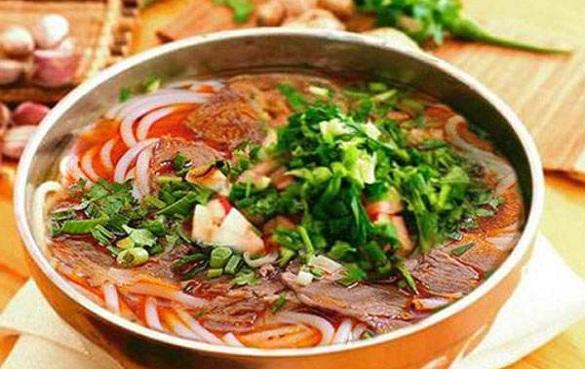 Next16 kinds of vegetarian dishes with cold dishes, classics will never go out of style