The practice of fried noodles

Fried noodles is a traditional Chinese pasta. Originally originated in Beijing, Shandong Shandong cuisine. However, after spreading across the north and south of the Dajiang River, it was hailed as one of the "Top Ten Noodles in China". It was popular in northern regions such as Beijing, Tianjin, Shandong, Hebei, Liaoning, and Jilin, and was made from vegetable code and fried noodles. Cut or boil cucumber, toon, bean sprouts, green beans, soy beans, and make a vegetable code for later use. Then make the fried sauce, stir-fry the minced meat and onion ginger, etc., and add the yellow bean sauce or sweet noodle sauce made from the soybeans to fry, and it will become the fried sauce. After the noodles are cooked, remove them, pour them in fried sauce, and mix with the vegetable size to make the fried noodles. You can also add condiments such as pepper and vinegar according to your own taste. This will be more in line with your own taste. After the noodles are removed, they are dipped in cold water and added with fried sauce and vegetables. 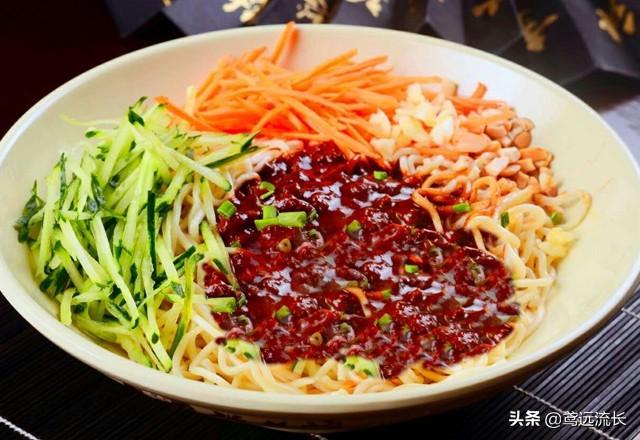 1. First buy a bag of dry yellow sauce, if it is two people, a small bag is enough);

2. Go home and pour the dried yellow sauce (how much depends on your appetite) in a bowl. Then slowly mix with water (raw water is OK);

3. Cut the meat into small diced (preferably a little fat, more fragrant) the smaller the diced the better; cut the shallot into the end, and reserve

4. Heat the oil pan and pour the oil. How much depends on your preferences. Of course not too little, otherwise stick to the pan;

5. After the oil is hot, add the diced meat and simmer for a while;

6. When the meat diced is mature, pour the prepared sauce into the pot. The fire at this time should be reduced to a small fire;

7. Slowly boil the sauce on a low fire and keep stirring with a spatula to avoid sticking the pan. At the same time, add the right amount of water depending on the thickness of the sauce;

8. Pour the chopped shallots into the pot and beat two eggs (half a bag of dry yellow sauce is more suitable for two eggs) into the sauce and stir well with a spatula;

9. When the sauce is scented, turn off the heat when the color becomes bright yellow, turn the sauce out of the pot. (The longer you cook the sauce, the better, because you can force the oil out of the yellow sauce);

10. If you ca n’t eat the sauce (boiled), put it in a bowl, cover it with plastic wrap and put it in the refrigerator, and eat it next time.

Note: Do not put salt when boiling the sauce, because the sauce itself is salty. 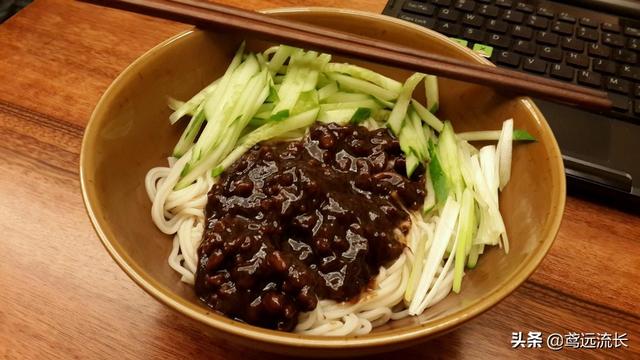 1. Wash and shred cucumbers and reserve;

3. Mung bean sprouts and celery are ready for use;

4. Set the pot on fire and heat up with a little oil. Place the eggs in a pan (one will do) and scramble the eggs. Add tomatoes cut into several petals, slide the pan (this is also for soup, and clear the mouth), and then put the yellow flowers and fungus. Put a little salt. Because the sauce will be salty, all dishes should be light. Finally, after the noodles are cooked, you can mix the sauce and put your favorite dishes freely. 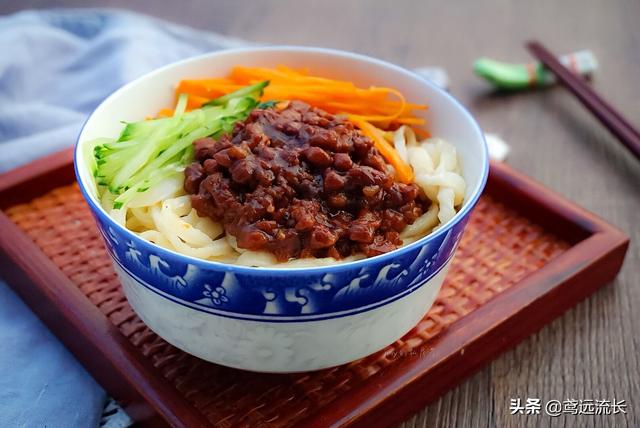 3. Cut the dried tofu into thin strips and then chopped into pieces.

1. Put a moderate amount of oil in the pot, slightly more oil. Stir-fry the meat stuffing until the meat changes color;

2. Add garlic and ginger powder and continue to stir fry on high fire;

3. Turn to low heat and put in the right amount of watercress;

7, turn to a small fire and put in an appropriate amount of soy sauce;

9, the right amount of cooking wine; 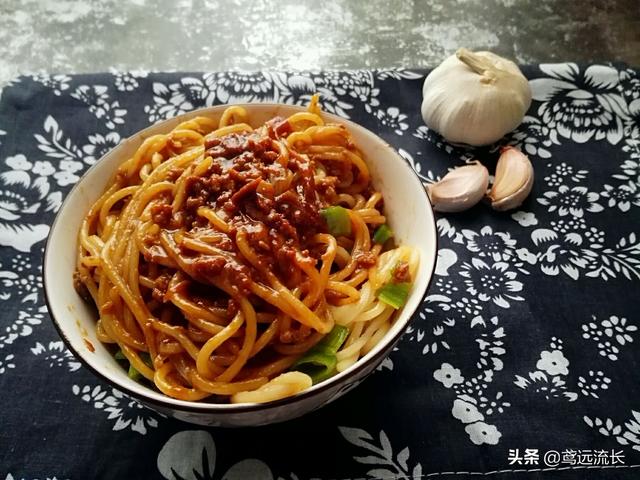 12 、 Simmer over high heat and simmer.

14, use chopsticks to scatter. The fire is boiling. Scoop a small bowl of water, continue to boil, and cook for 2-3 minutes. If you like to eat softer, you can cook more;

15, put a little oil in the pot. Boil the scallions and simmer for 2-3 minutes;