Jiangsu gourmet recipes. Typical foods of 13 cities in Jiangsu, where to go, where to eat

Today, Xiao Xixi will introduce to you, famous dishes with regional characteristics all over Jiangsu!

Eaters, hurry up! Not afraid to travel all over Jiangsu! 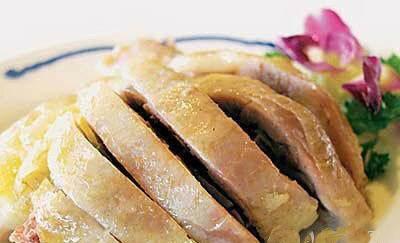 Nanjing is also known as "Jinling Salted Duck" because of its "Jinling" nickname. Nanjing salted duck has a long history and has accumulated rich experience in making. The white salted duck skin produced is tender, fatty but not greasy, delicious and delicious, and has the characteristics of fragrant, crisp and tender. Around Mid-Autumn Festival, the salt-water duck produced in the sweet-scented osmanthus season is the best, and it is named osmanthus duck. 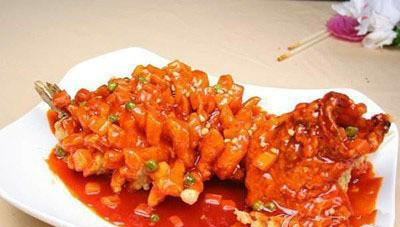 It is said that they tasted it as early as Qianlong Emperor Jiangnan. The selected mandarin fish is about 900 grams. The fish bones are removed. The fish is cut and the meat is kept under the skin. The pan is fried and plated twice. The head is open, the meat is fluffy, and the tail is raised. It looks like a squirrel. The color of this dish is red, crispy on the outside, tender on the outside, sweet and sour, and delicious.

The casserole head of Tianmu Lake is also called Shahe catfish head. Tianmu Lake was formerly known as Shahe Reservoir. In the reservoir, long mullet (commonly known as chubby head) is a big and strong sturdy fish. The meat is delicate and the dishes are delicious and nutritious. 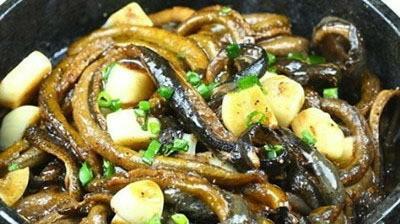 Also known as "soft tuna". Huai'an people treat Chinese and foreign guests most like this "fresh and delicious delicious" dish, let the guests taste fresh and praise. Anchovies are abundant in the Jianghuai region. The meat is tender, delicious, and nutritious. Huaian's famous chef Tian Shumin and his sons use tadpoles as raw materials to produce 108 kinds of dishes, known as "full banquet". 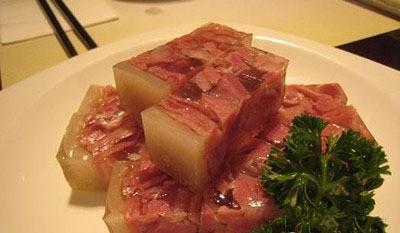 Zhenjiang delicacies, formerly known as "nitrocellulose". According to legend, in the ancient times, the second child of the Jiuhai Street Hotel in Zhenjiang mistakenly used nitrate as salted pork trotters. After cooking, the meat was red and white, smooth and crystallized, frozen and transparent, just like crystals, with strong flavor and mellow taste. Later, people suspected that the "skinned meat" was indecent and changed to "crystal meat", which has been passed down to this day and has become a traditional product of Zhenjiang.

Local pot dishes originated in the Weishan Lake area at the junction of northern Jiangsu and southern Shandong. In the past, the fishermen who lived and rested on Weishan Lake often had to take a small clay stove, sit on an iron pot on the stove, and use a few pieces of dry wood to make a fire. The noodles were also covered with noodles, so this one-in-one cooking method came into being.

Suqian pork head is one of the very distinctive dishes in Chinese cuisine and Su cuisine. Suqian pork head uses pig head as the main material, and the cooking techniques of Gaogou bun hoof are mainly braised, and the taste belongs to five flavors. Taste: This dish is ruddy in color, rich in flavor, fat and rancid, lean and delicious, and pure and tender. 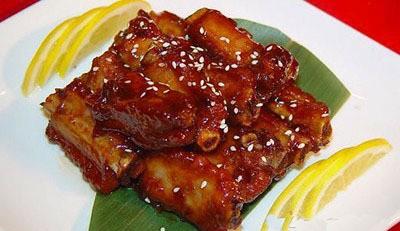 Wuxi sauce pork ribs, Wuxi clear water oil gluten, and Huishan mud Afu are listed as the three famous products of Wuxi. There have been "Laosanzhen", "Lu Man recommended", "Old Lu man recommended", "Real Lu man recommended" and other brands. Due to competition, the quality of meat and bones continues to improve. It is a famous Jiangsu dish suitable for all ages. Its color is red, the meat is crispy, the bone is rich, the juice is strong and the taste is delicious, and the salty and sweet, fully reflects the basic flavor of Wuxi dishes. 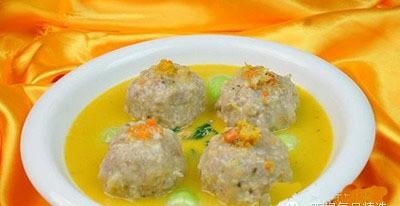 According to rumors, Emperor Yang Guang of Sui Dynasty came to Yangzhou, and after enjoying the famous sceneries such as Wansong Mountain, Qianjiandun, and Kwaihuagang in Yangzhou, the imperial chef made a few dishes based on Yangzhou famous scenes. After Yang Guang tasted it, he was very happy, so he gave the feasts a feast. For a while, Huaiyang delicacies dumped the court. Since then, the lion head of Yangzhou has been spread in Zhenjiang and Yangzhou, becoming a famous dish in Huaiyang. 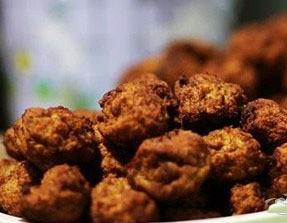 The local snacks in Yancheng are made of pork and glutinous rice. There are chewing heads at the entrance, and various aromas fill the mouth, but they are not greasy. Pork selection requires pork in front of the pig, seven points thin and three points fat, and the glutinous rice must be boiled and full of elasticity. After being made into a ball, it is fried with pigs so as to retain the flavor. 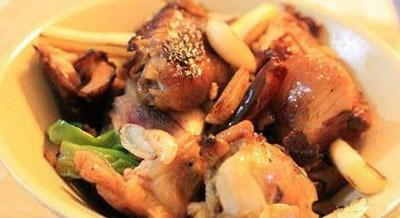 As far back as 1872, a British merchant ship was moored in the Yangtze River near Nantong, and cooks went ashore to buy back a batch of black chicken for cooking. The captain was surprised because the chicken was tender and delicious, and the captain was so surprised that he would bring the remaining ones back to Britain. Later, this black chicken was exhibited at the British National Poultry Exhibition and was favored by poultry experts in Europe and the United States, and won a gold medal. As a result, many countries in Europe, America and Asia imported this chicken from China. Because these chickens are all exported from Nantong Wolf Mountain, they are named "Wolf Mountain Chicken". 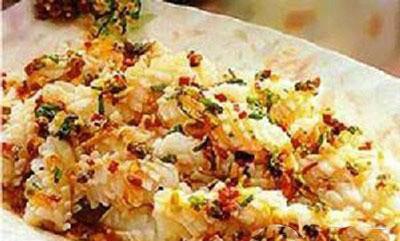 Popcorn is a famous local dish in Lianyungang. It is fried with squid fish and tastes tender. 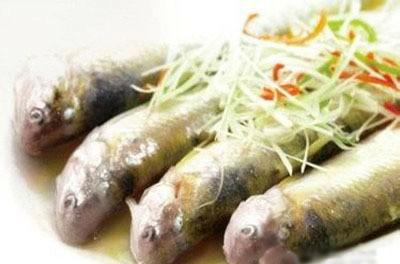 Babao saury is a traditional famous dish in Taizhou. The saury is thin, and the sternum is very thin. Taizhou Super Chefs era can skillfully take out the spine and sternum, while keeping the fish intact Its skill is superb, its skill is deep, and its skill is proficient. It is a unique way of cooking the forest in terms of "bone fish out of bone".

NextTeach you how to make kimchi. 8 kimchi kimchi, made today, eat tomorrow.