Have you ever eaten a sea bug called "Ginseng in the Sea"?

Sea intestines and sea hares are familiar to everyone, but have you heard of sea ginseng? Today, Red Kitchen Network will introduce to you a kind of special ingredient called "Sea Ginseng"-sandworm. Let ’s take a look ~ (Daily updated professional recipes to help chefs grow! Welcome to “Red Chef”) 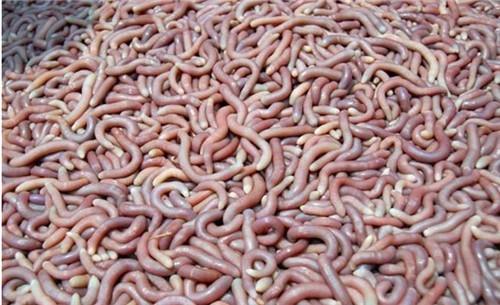 Sandworm is the common name of bare naked starworm, also known as checkered starworm, sand sausage, and more known as "sea ginseng". Sand worms generally live in sandy muddy sea areas along the beach. They dig out at high tide and lurk in sandy mud holes at low tide. Sandworms are very sensitive to the quality of the growing environment and cannot survive once polluted, so they are also known as "environmentally marked organisms".

The sandworm is shaped like an intestine, has a long tube shape, is about 10-20 cm in length, is as thick as fingers, and is naked and hairless. It is naked and flesh-colored. The longitudinal muscles of the body wall are bundled. Form a square grid pattern. Across the screen, friends in both the south and the north should be able to feel the discomfort and even intensive fear brought about by a bunch of red sandworms squeezing together and wriggling ... 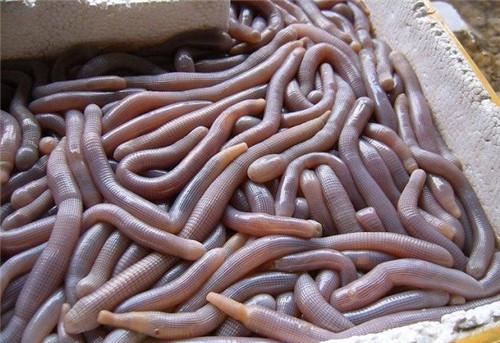 Indeed, sandworms are distributed along the north and south coasts of China. Due to the low production, sea intestines similar to sandworms in the north are more likely to be favored by diners. In the south, Guangdong, Guangxi, and Hainan have more resources and higher production. Among them, the sandworm produced by Hailongtan Village in Beibu Gulf, Northwest Guangxi is thick and has the best quality. It is known as the "Taste of Treasure"; The quality produced in the coast of western Guangdong is also excellent.

According to local fishermen, from November to January of the following year, the sandworms on the full moon night will float to the shallow water to mate.

In recent years, due to the unique taste of sandworms, more and more people like it; on the other hand, as the environmental pollution becomes more and more serious, the living environment of sandworms is also continuously deteriorating, and the output is decreasing year by year. Today, the price of live sandworms on the market can be as high as 26-34 yuan per kilogram, and sandworms can be sold for 250 yuan per kilogram. There is also a trend of super fresh abalone in the price. 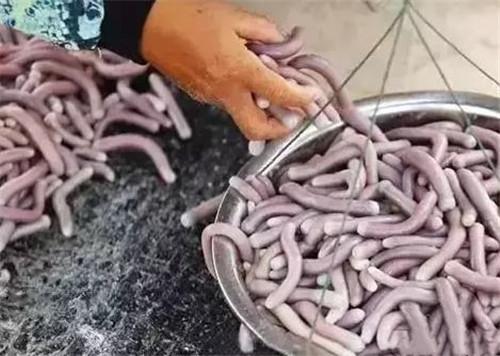 The sandworm has an unfamiliar name and is far less recognized than abalone and sea cucumber, but its nutrition, taste, and medical and dietary value are no less than these precious seafood treasures, and it has the reputation of "sea Cordyceps".

The sandworm is rich in protein and peptide components, and also contains 17 kinds of amino acids, which is also the source of its umami taste. Among them, the human body has a high content of essential amino acids. In addition, the sandworm also contains 12 trace elements such as calcium, phosphorus, iron, zinc, manganese, magnesium, and cordycepin, which has antioxidant, antibacterial, anti-radiation, anti-viral, anti-fatigue, anti-cancer, and regulation. Nutritional ingredients for immune and anti-aging effects. 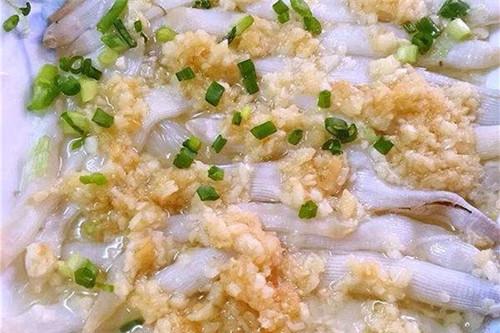 Introducing sandworms, we must mention dryworms.

As the name suggests, after digging out sandworms, fishermen will dry out a portion. The dried sandworm tastes crispy and easy to store, and its weight and volume are greatly reduced, making it easier to transport and carry.

Dried sandworms are graded like abalone. The top quality sandworms are generally 8-11 cm long, dry without water, and pale yellow in color. But ordinary quality insects are very sticky, and the body is light beige (not dark). Yellow or dark), the worm body is clear, with a little gloss, no visceral residue, grasp the worm body is very thick, there will be a little sand after foaming; and 4-6 cm long sand worms are small worms, The quality is the lowest, and it is dark yellow. Because it is small and difficult to handle, there will be a lot of sand residue. 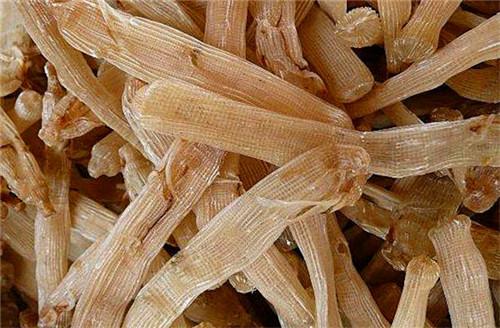 The processing steps of dried sandworm are slightly complicated. You need to cut the sandworm into small strips first, use a dry brush to remove the sand inside, and then stir-fry in the pot (without putting oil), and keep turning during frying. After frying until golden brown, put it in clean water and wash away the remaining sand, so that you can remove the sand and fry the scent of the sandworm itself.

Therefore, some foodies think that only the dried sandworm will taste sandworm after eating. 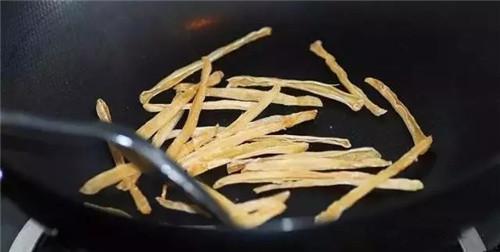 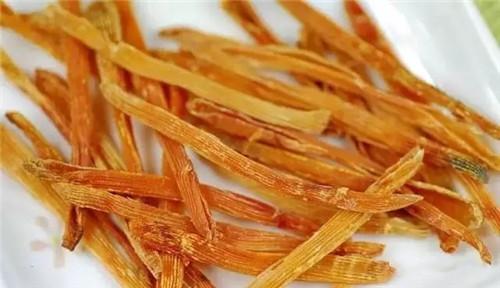 Although the sandworm is not as famous as sea cucumber, its taste is close to that of sea cucumber, and its taste is more delicious. It is called "natural MSG". In addition to the favorite food of urban and rural residents, it is also a valuable dish of hotels and restaurants.

In terms of cooking methods, fresh sandworms can be fried, cooked, stewed, or fried. Deep-fried sandworms are crispy and crispy for wine and food. Sandworms can also be cooked in the same pot as raw oysters. They can also be cooked in two pots that are equally delicious. Once cooked, put some lean meat in between, you can completely hang out the taste of oysters and sandworms, the soup is milky white, delicious and mellow. 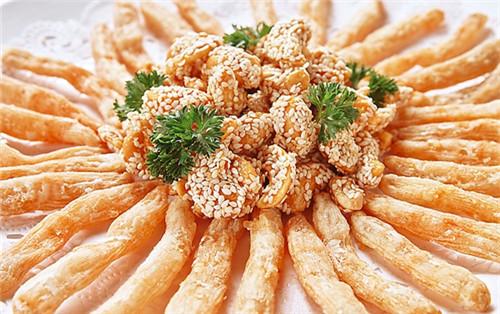 In Guigang, Guangxi, another place of sandworm production, there is also a special way to eat hot food. Remove it directly by boiling it in the boiling water for more than ten seconds, then dip it into the food. The sand bug is crispy, tender and refreshing.

Dried sandworm is mainly used for porridge and soup. Among them, soup can taste the umami of sandworm most. In some restaurants in the south, dried sandworm is used to make broth.

Below, I will introduce two sandworm dishes for your reference. 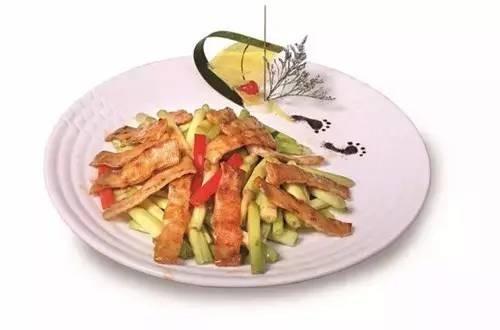 1. Cut off the head and tail of 100 grams of sandworm, take out the internal organs and wash them. Rub a thin layer of raw powder inside each sandworm, brew into cuttlefish glue and smooth it.

2. Fry pan into oil and heat to 60%, first fry cuttlefish gelatin, fry over medium heat until golden color, turn over and continue frying for about 10 seconds, and serve for spare time.

3. While frying the sandworm cuttlefish gum, heat it in another pot and put in the bottom oil. Heat 10 grams of broken garlic, 5 grams of red pepper sticks, and 250 grams of cress. MSG, stir-fry for 1 minute, stir in a little hot oil, continue to fry for 1 minute, thicken and immerse the oil in a pan and put on the pan.

When frying cress, the amount of oil should be small. If the oil is wide and hot, the cress will easily fall out of water, so you should fry it with less oil and simmer on the fire. Dip a little hot oil in the middle. Out of water. 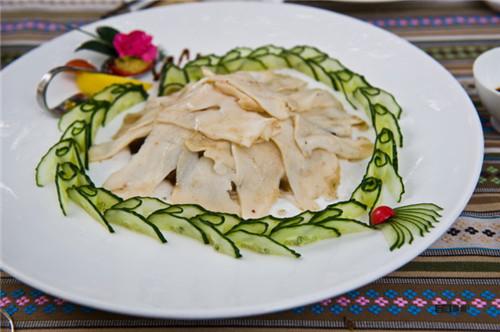 The key to recommending this dish is how to make the thick soup. This thick soup is made from sandworm, a special product of the South China Sea, with wing bones and old chicken, so it has more umami than previous thick soups.

300 grams of ring snail meat, 100 grams each of black fungus and bitter gourd, and 30 grams of red kidney beans.

1. Wash the bitter gourd, slice it with a flaker, and put it in a container. Wash black fungus and red kidney beans, and put them in the container. Finally, cut the snail meat into thin slices, clean it slightly, and spread it. On top.

2. The thick soup is boiled, seasoned with salt, put out of the pot and placed in an insulated container, served with the ingredients, and poured on the snail meat in front of the diners.

Put all the raw materials into a stainless steel bucket, pour 60 kg of water, pour 30 grams of peppercorns, citrus peels, 150 grams of Jiangyaozhu, 80 grams of ginger, boil on high heat and boil for 6-8 hours on low heat. Have you ever eaten sandworms?

PreviousThe most "hard" four-course appetizers, all eaten when drinking, are qualified as "old drinkers".