Shandong on the tip of the tongue, who said that Jinan has no gourmet snacks

Welcome to "Mengdi Food", we share with you daily information about food, food practices, cooking techniques, store management and other things about food. Thousands of gourmet recipes, highly competitive catering startup solutions, waiting for your private letter to us! !!

Many foreign tourists will say that there are not many snacks in Jinan after they arrive in Jinan. I ’m not going to refute you. Jinan is indeed not as good as local gourmet snacks in some cities in the south, but if you want to say that there are no delicious snacks in Jinan, I ’ll say a few words. As a 5.6 year stay For me, Jinan has eaten a lot of special food snacks. Here are just five of them for you to introduce. 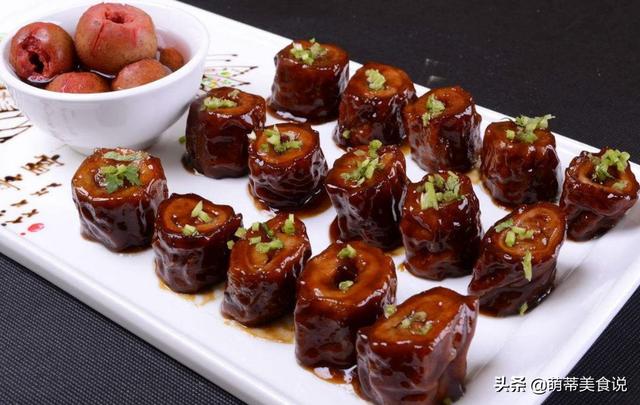 This Jiuzhuan large intestine may have its origins. It was created by the owner of Jiuhualin Restaurant in Jinan as early as the Guangxu period of the Qing Dynasty. At the beginning, it was not called Jiuzhuan Large Intestine, but it was called braised large intestine. After many improvements, the taste was getting better and better. At that time, many celebrities came to this restaurant to taste this dish. After many literati tasted, they praised this dish, some said it was sweet, some said it was salty, some said it was sour, and it said it was spicy. At that time, because the owner liked the word Jiu very much, some scholars gave him the name "Jiu Zhuan Da Chang" to praise the dish and the chef's superb skills.

Jiuzhuan large intestine is also one of the Lu dishes. Its characteristics are: ruddy color, soft texture, and acid, sweet, fragrant, spicy, salty and five-flavored, delicious and delicious .

The price of this dish, it can be said that it is not expensive, most of them can be eaten for tens of dollars in Jinan, but the portion size, hehe you know. But the taste is absolutely amazing, and you will never regret it. 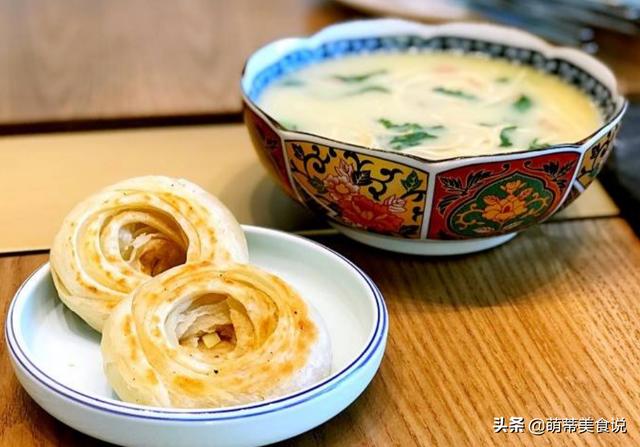 Tianmo is actually the traditional mass porridge of Jinan. A lot of people think it's sweet when they hear the name, right? In fact, he is not sweet. It is mainly salty porridge made from millet noodles, which is called "Five Fragrant Sweet Foam" by the old Jinan.

I heard the old Jinan people said that sweet foam was not called by this name. It was Jinan people who came out to eat sweet foam before, and then they would fill in peanuts, kelp, tofu and so on. Plus point. Screaming and shouting became "sweet foam".

There is also a saying that in the Qing Dynasty, it was a small porridge shop opened by the family name Tian. However, they all kindly called the porridge "tian mo", which was later plaque "sweet mo" by a scholar.

Sweet foam is cheap and suitable for eating in the morning. This is a famous snack in Jinan. 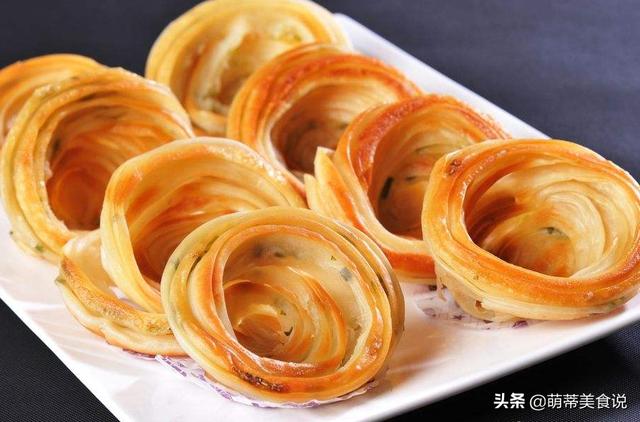 Youxuan is a traditional snack in Jinan, Jinan people do not know. You can now eat Yusuan in many places. It is rich in green onions, crispy and tender on the outside, especially popular.

Jinan Youxuan is a kind of spiral onion oil crackers. The freshly made Yuanxuan is golden in color and delicious. Youxuan appeared in Jinan in the Qing Dynasty.

The most authentic heard that the old Jinan oil spinner is behind the east gate. The oil spinner made by Su Jianglin is an authentic Jinan food. In the past, there was a shop in Furong Street. It was said that the green onions were everywhere. . Would love to eat. It is said that there are still three in the alley behind Laodongmen. They are sold for one dollar while roasting. The old Jinan people are very particular about eating oil spinners. Most of them eat it while hot, or with rice noodles, or with rice dumplings , and have another taste. 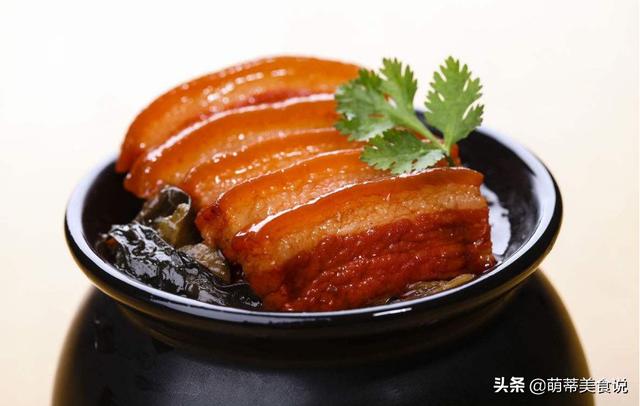 Now, many fast food restaurants and snack bars in Jinan can eat the meat. When it comes to this, I have a few words: recently the price of meat has risen again, it's eight yuan, and the delicious ones are 10 yuan. Can't afford to eat haha.

Jinan's Ba Zirou is particularly similar to Jinan's Bacon Dried Rice. According to folklore, this meat is also related to the three brothers Liu Guanzhang.

According to legend, in the late Eastern Han Dynasty, the world was in chaos. After Liu Bei, Guan Yu, and Zhang Fei met, they decided to worship. Everyone knows that Zhang Fei kills pigs. After they worship, Zhang Fei sliced pork and Xuanhua tofu and cooked them in a pot. Haha is just folklore, I don't know if it is true or not.

Old Jinan's handle meat is delicious, its essence is fat but not greasy, fresh and delicious . It is served with a bowl of soup-poured rice and it tastes delicious. 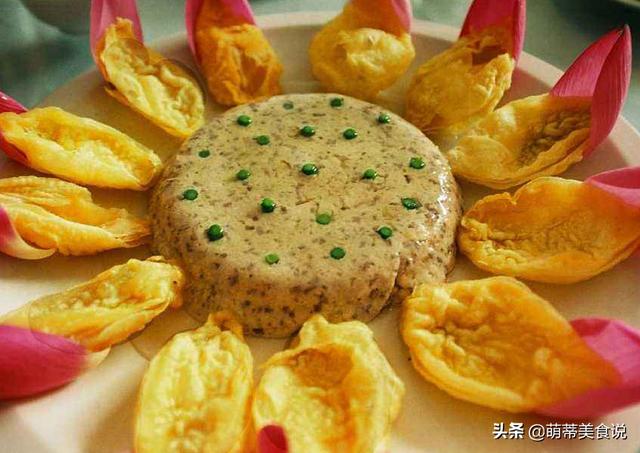 Fried lotus is a famous characteristic snack in Jinan. With the fragrance of lotus, sweet and fragrant, it reduces the turbidity of the summer heat, so that it can calm the mind and calm the world . Wash the lotus petals, moisten the white cloth with water, cut the stem of the lotus, and cut it into two pieces. The bean paste filling is divided into twenty-four portions. Put a filling heart on each piece of lotus and wrap the stack. Stir in the egg and add water. Stir in a frying pan. Heat the frying pan. Put the fried lotus slices into the deep fry. Poke with a spoon while frying. Remove the lotus slices when they are light yellow. Sprinkle with sugar osmanthus. Serve.

Welcome to "Mengdi Food", we share with you daily information about food, food practices, cooking techniques, store management and other things about food. Thousands of gourmet recipes, highly competitive catering startup solutions, waiting for your private letter to us! !!

PreviousWhat snacks are most famous in Shandong?

Next10 must-try foods to come to Shandong, how many have you eaten?